The Start of a life changing journey, through struggles, and hardships. What made me start jiu jitsu, and how I fixed the complete waste of human skin I once thought I was….

Wow. I took a step back to look at how my life is today. Granted, it’s far from perfect. I still struggle, I still drink beer at times, but man oh man I’ve come a long way and I gotta pat myself on the back for all I’ve come through. The decision to start jiu jitsu was something I had no idea would change my life for the better, forever.

Back in 2013-2014 (I don’t remember the specific year) I had recently had a newborn baby. His mother and I had broken up. Both of us had our fair share of problems.

I was young, hence I drank alcohol profusely. I worked as a Carpet Cleaning Technician, and I also restored basements from floods (Literally Poop Water). This was grueling physical labor. Nothing is wrong with this line of work, but I hated every second of it.

Almost daily I would stop at the bar to drink with my co-workers. Never have I been the type just have a beer or two either. When I drank I would have at least ten. My “friends” and I would either go outside to our cars, or the bathroom and blow cocaine. We’d also smoke a TON of cannabis. Crazily enough, the friends I had before that group were even worse friends.

I had no control over my life. Here I was a new father, ready to completely ruin my own life along with my son’s.

It’s hard to get into graphic detail, but I will anyway. I’d come home (the bar was close enough to walk, and at the time I still lived with my parents) and stumble up the stairs. I’d try to hide the fact that I was completely messed up. I’m sure I smelled like a garbage can full of old beer cans. The smell of sewage filled basements didn’t help my cover-up either.

My job had made me completely miserable. I truly wanted no part of it. I got along with some of my co-workers, but others were total hot heads. I’d fantasize about beating some of them to death with a hammer when they weren’t looking. My boss would regularly yell. I also fantasized about casually walking into his office, close the door, and beat the snot out of him with his coffee cup. Regardless, there I was: A young, newly legal man who acted like a grumpy old drunk.

Clearly my parents weren’t going to enable this kind of behavior, nor my attitude.

The chimney’s in super old houses had nothing on the way my lungs looked; I’m sure. We’d argue all the time, but who was I kidding? I knew I needed a life change.

My grandmother had recently passed away so we were going to have to go to Buffalo, NY for her funeral soon. Me, full of emotions decided to take up jogging as a hobby. I knew I needed something positive in my life.

Before I get into the overwhelming positivity of this post. I need to stress the fact that I’ve been type 1 diabetic since I was 11 years old. I also need to stress how messed up I really was. When I say I was bad, I mean it. I spent way too long listening to the wrong people. While I had never gotten involved in any violent or gang related activity, the drug and alcohol use was beyond heavy. Before this time, it was heavy without an occupation as well.

I would drink nearly daily. Even a while into when I had already started training I still continued using substances. I really shouldn’t have. The thing I need to stress to you is that before jiu jitsu really started shaping who I am today; I didn’t just come home and drink a 6 pack. I would drink a whole brick (30 case) of cheap beer.

I also used cocaine stupidly regularly to function at work. I’d also drive around the truck stoned out of my friggin’ mind. I also would pop whatever pills I could get my hands on too. No, I’m not talking about Men’s One A Day vitamins either. I’m talking about the stuff that makes you goofy.

When it came to marijuana use (I do not judge those who do, but for me I feel like it really hinders my potential) I put snoop dog to shame at times.

My life was literally in shambles. I had no money (even to this day I struggle with money at times, but no where near the depth of where I put my life in the past). Unerringly, I had mornings where I awoke covered in my own bodily fluids. Somehow, someway, I still got up and went to work. Shamefully, I called myself a father.

The craziest thing is I had the nerve to complain about everything else around me. I blamed everybody else in my life. I blamed my job, I blamed the government, and I really blamed anybody who wasn’t me (including my parents). I really cannot stress enough how irresponsible I was. It was incredibly selfish of me, but jiu jitsu saved me. It honestly did. If you care to keep reading I’ll tell you how that happened.

I also got a few of my friends to say they would go with me (they didn’t. The day that race came I ballsfully, type 1 diabetic and all, completed the whole race myself, and helped pull up a few fat dudes along the way too).

One day I took a different jogging route. I had noticed a Gracie Barra Jiu Jitsu School along the way. I looked inside and it was just bare concrete and ply wood on the inside of the gym. I knocked on the glass to see if anyone was there but nobody was at the time.

I actually thought it was a Mixed Martial Arts gym. I did not know what Jiu Jitsu was. I only knew I needed a more positive influence in my life.

I finished up my run, but the fighting thing just stuck in my head. So I drove back there again and knocked on the glass. This time the owners were there and they answered. I met the two guys and one was a black belt instructor who would be teaching. His name was Sergio Costa. He sat there, only knowing a tidbit of English at the time with a half eaten banana.

“Banana?” he offered and passed to me. I thought this was weird and refused.

Funnily enough 6 months later we’d take a banana. He’d eat half, then I’d eat half. We didn’t break it either. We literally bit off the same piece of fruit. Weird, but that’s just the relationships you build in BJJ.

They talked to me about BJJ and I was interested in trying it. So as soon as they opened I attended the first class.

Gracie Barra isn’t where I train nowadays. Today I train with Luiz Claudio Augusto at LCCT. How I came to train at LCCT is for a different post on another day.

When I attended Jiu Jitsu classes over time I started to feel good. At first they didn’t let me spar, but on my birthday my Professor at the time started letting me spar as a gift considering I bothered him every day about it.

It was then when my act really started cleaning up. I drank a lot less. I smoked less cigarettes as well. The cocaine was just out of the question. I still smoked a boat ton of cannabis but hey, I was getting better.

Another guy who was a purple belt at the time was able to relate to me. Because he had also had problems in a similar regard to myself.

To be 100% honest. Jiu Jitsu saves the world for a lot of people like myself. It really does. During the entirety of the time I trained at that gym I still smoked cigarettes. I also still drank beer pretty regularly but no where near the magnitude of before I started BJJ.

I mean it when I say Jiu Jitsu Saved my life. I know it’s the most hilariously common thing everyone says…but I’d be dead in a ditch if it weren’t for Jits. While BJJ may not fix everything, at the end of the day it’s up to YOU to fix YOU. It certainly gave me the launching pad I needed to get my life together. This did not require a rehabilitation program mind you. It required Jiu Jitsu.

I won’t stand here and pretend I’m a complete straight edge today either. I still grab a beer from time to time. I’m just no where near as out of my mind.

The story of how I got into training at LCCT with Luiz Claudio Augusto is a different story for a different day. I have no qualms with my past gym, but LCCT is certainly where I fit in and where I belong.

Today I am no longer a cigarette smoker. It’s been nearly two years since I had one of those disgusting things. I NEVER use cocaine, and NEVER will again. I really don’t get F-d up anymore. And well weed…meh…I can go with or without it. I generally try to go without it because I just get less done when I use it.

My life certainly isn’t perfect. I work in a candy factoy. It’s a pretty cool job, and I’m really genuinely good at it. Jiu Jitsu geared my life toward self progression. Today that gear is not slowing down. It’s actually speeding up. Even given the fact that I’m getting older and slower.

The reason I wrote this post is that I have tons of new friends on Social Media now ever since I started my Jiu Jitsu Jonathan project. I need them to know my story. I want to meet other jiu jitsu people who can relate to me.

I also aspire to inspire. If there’s somebody out there struggling, whether they’re in the grappling world or not, I want to help them. I hope more people who have had issues the way I did build up the guts to walk in a jiu jitsu gym and stick with the program. It truly is life changing.

You know, they probably should have…but screw it. I’m out to help others along my BJJ journey. And ya know…I’ve turned myself into a not so bad Father after all. I mean…my kids are baddasses.

If you guys met me several years ago, you probably would feel completely different about me. I’m a totally different Jonathan. I’m proud to be the Jonathan I am today.

If any of you guys relate please leave a comment!

Feel free to share this post (and please do!) and get my story out there for how I got into Jiu Jitsu.

Thanks for reading guys! Jiu Jitsu for life! OSS! 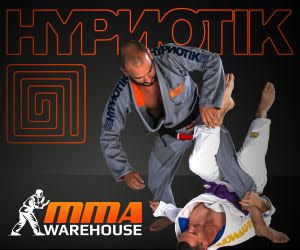 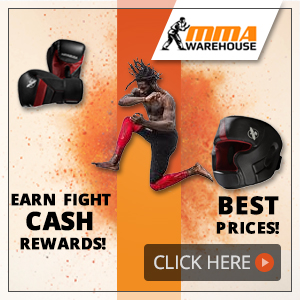